Bitcoin had a remarkable run in 2017. Many traders and speculators even suggested Bitcoin to be a long-term asset class that may be used in portfolio construction with proper diversification.

On the other hand, oil being one of the largest traded commodities has been one of the most valuable economic indicators. The largest traded commodities of oil are WTI and Brent whose price has always been quoted in dollars (USD). WTI, or Western Texas Intermediate, is extracted from U.S. oil fields. This variety of crude is considered very sweet and light (technically medium as its density is lower and sweeter because of the low percentage of sulfur). Brent crude has similar qualities (low sulfur and density) originates from the Black Sea and is typically the benchmark for pricing for multiple regions inside Europe, Africa and parts of the Middle East.

We looked to see if any correlations exist between Bitcoin and Crude.

Crude has always had an interesting correlation with the US dollar.  When the dollar strengthens, oil prices fall and vice versa. This correlation has however begun to change after the shale revolution where US imports of oil have reduced drastically by almost 60% from 2008. [Business Insider] On the other hand, the volatility of  cryptocurrency prices is based on a multitude of factors ranging from governments banning crypto trading to certain individual and institutional investors. The sudden spike and correction in the past year has largely been due to market speculation by wealthy crypto traders.

One of the main reasons for the strength in the US Dollar has been an increase crude prices. As has been seen in fig 1 and 2 below, both Brent and WTI prices have increased since July of last year while Bitcoin prices were relatively flat.

Rising oil prices have been tied to a long history of issues related to supply and demand, geopolitical unrest etc. etc. Recently Iranian oil exports started declining resulting in a surge in oil prices as Iran produces around 2 % of the global oil supplies (equivalent to 3.8 million barrels per day as of April 2018). Besides Iran, the on-going tensions in Saudi Arabia and Iran, continuing conflicts in Iraq, Libya, Syria and Yemen have also impacted oil pricing. There are emerging disagreements with Saudi Arabia and USA over no action being taken in the story of Hosnain Mubarak, the former Egyptian president and ally of Saudi Arabia. This in turn could have an impact on pricing.  The point is that its hard to quantify all of these indicators at every turn. 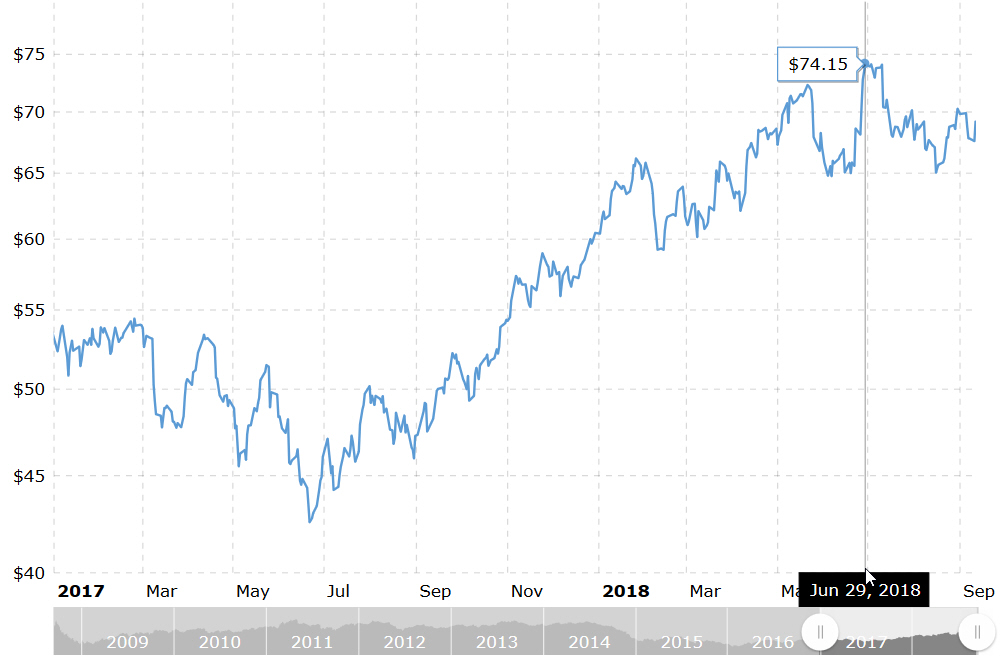 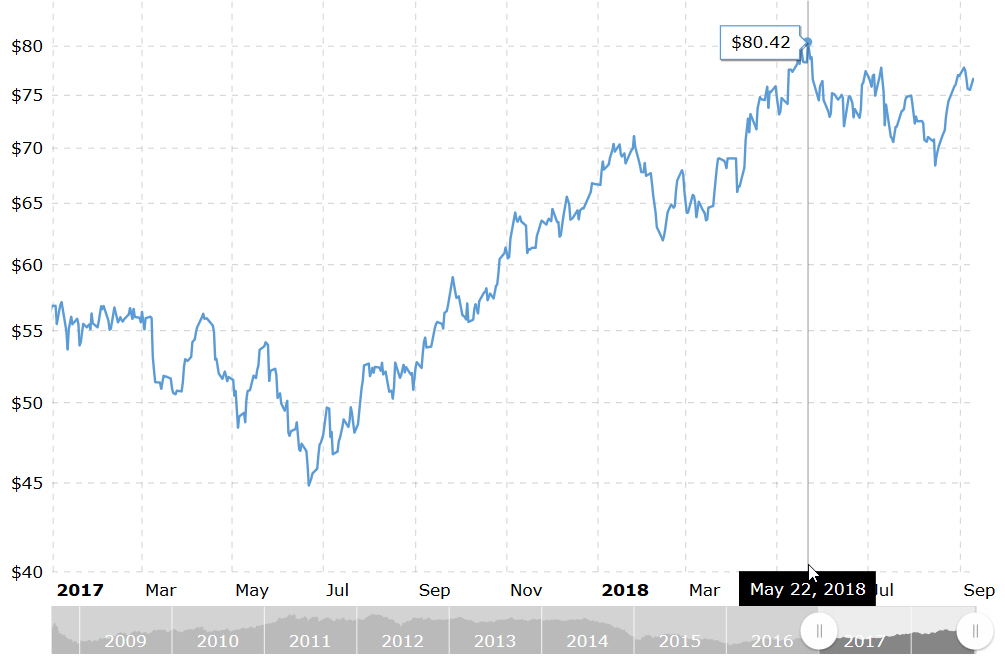 Though the Bitcoin may have no direct correlation to crude pricing, there are strong possibilities this may change. The emergence of the PetroBTC – trading commodities like Crude in Bitcoins may be more profitable for long term positions. This could replace trading oil in USD resulting in potential devaluation. Countries like Venezuela, which have huge oil reserves have introduced oil-backed crypto-currencies that might help their struggling community. This currency is in its infancy and has been controversial to say the least.

Russia, Saudi Arabia and Iran are also rumoured to be moving towards petro-crypto-currencies. The question that remains is how the US dollar will unfold if the Gulf Cooperation Council (GCC) and major oil producing countries begin to trade oil with Bitcoins.  Following the USD and Bitcoin story may be without drama in its first act, but for how long?

We also released a new report on fracspreadcount.com that highlights prolific operators, pumpers by proppants, spreads and completions.

← Southwestern Energy Future and Activity LevelsRich Get Richer in the Permian →