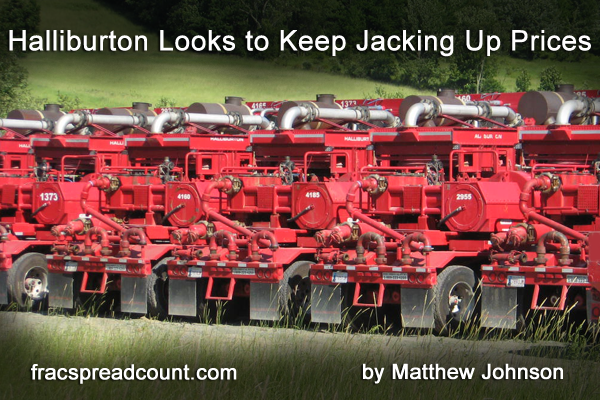 Every company treated the recent downturn in oil prices differently.  For Halliburton, one of the top oil and gas service companies in the world, the strategy was to gather up market share at the expense of profits.  That strategy seems to have been executed.  Halliburton released its financial results for the Fourth Quarter of 2016 on January 23, and the company announced a staggering operating loss of $6.8 billion.  The company did gain market share, but it seems to have grown tired of hemorrhaging cash.  It has started increasing its prices in hopes of squeezing profits from the market share it has so painfully acquired.  The early signs are good.  In fact, the company announced that it returned to operating profitability in North America in the Fourth Quarter of 2016. With completions on the comeback, this is a HUGE STORY to CONTINUE FOLLOWING.

In his Fourth Quarter earnings call, Halliburton CEO Dave Lesar made clear that the company hopes to raise prices on its customers in the coming months.  We have heard the company is tired of subsidizing operators, and it is rumored that in key basins the target price increases will be as high as 40%.  Mr. Lesnar said on the call that towards the end of 2016, Halliburton made a strategic decision to stop chasing market share at the expense of profits. 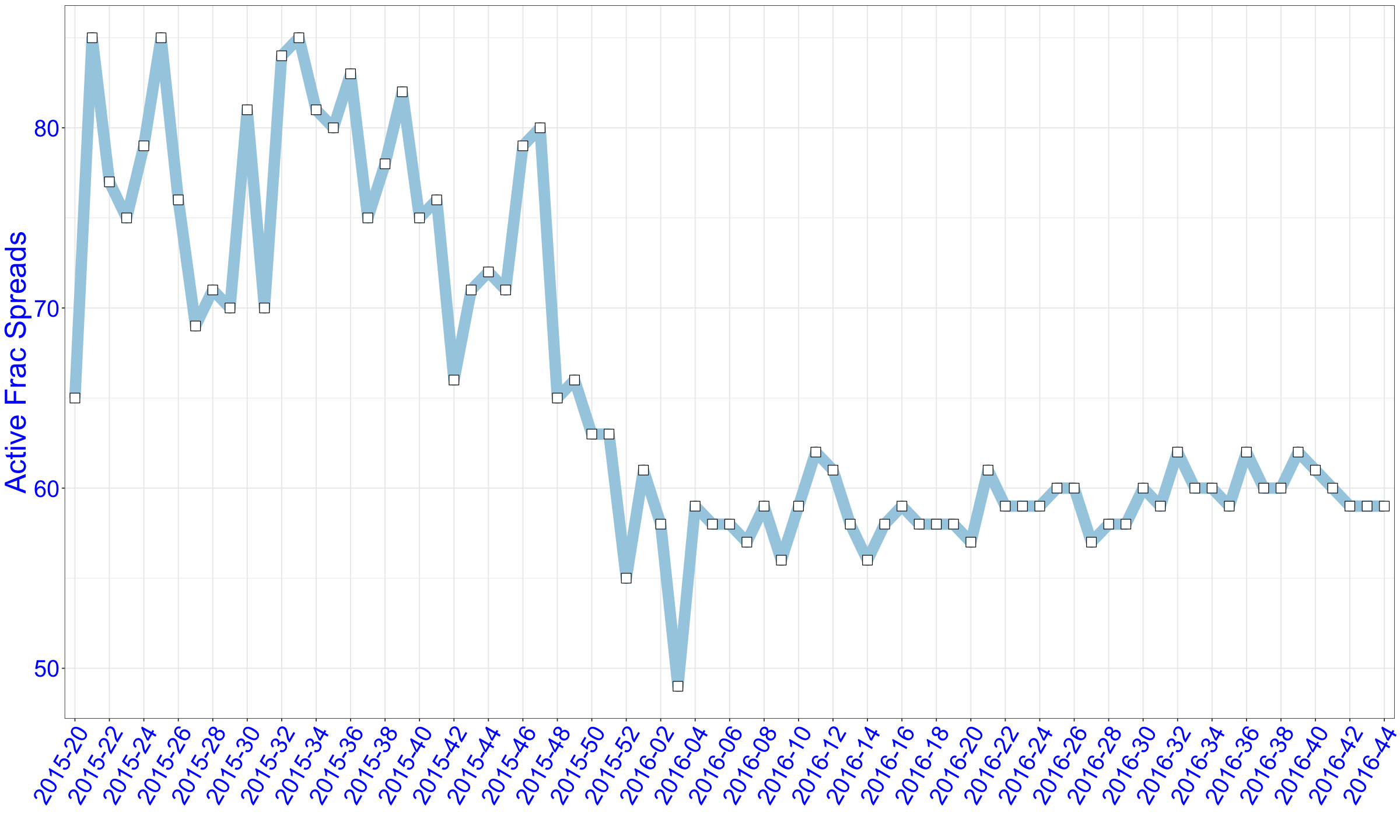 Halliburton has the massive scale, experience, and assets in North American operations to weather a price battle.  One of its top competitors in North America, Schlumberger, reported a net loss of $204 million in the Fourth Quarter, and it reported a desire to raise prices as well.  One of Halliburton’s other leading competitors (and former proposed merger partner), Baker Hughes, spun off its pressure pumping division into a new private company called BJ Services and then suffered a massive loss of $417mm in the Fourth Quarter of 2016 as it finalizes its merger with GE Oil & Gas.  It is hard to predict where these companies are headed after these transactions.  The changing price dynamics could open some doors for smaller service companies, and we have heard many customers are feverishly looking into low-price alternatives.  This push for understanding pressure pumper activity has been coined “Operator Fever” here at Primary Vision. 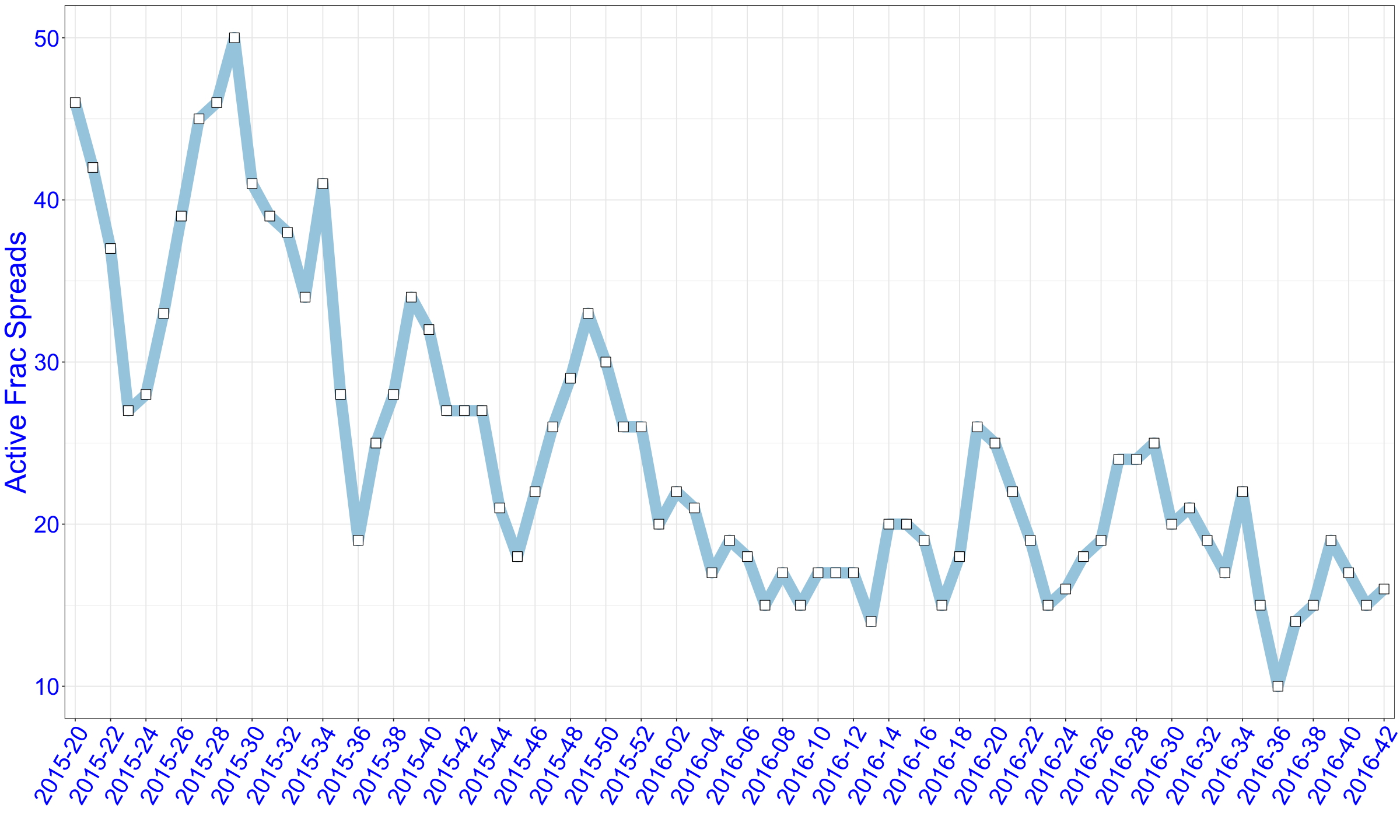 Keeping up with a dynamic market can be a challenge, but Primary Vision has developed a proprietary method for channeling the latest public and private data into models that approximate the real-time state of the market.  Our extensive data on hydraulic fracturing in the United States and Alberta, Canada is now available for subscription via A quarterly report or data subscription.  To learn more, visit www.fracspreadcount.com or contact us at info@pvmic.com.