In recent months, ExxonMobil has been under fire after investigative reporters claimed the oil and gas giant knew about risks associated with climate change since at least the 1970s and hid that knowledge from the public.  Leading environmental groups called for the company to be prosecuted the way tobacco companies were prosecuted for hiding Smoking risks.  Mainstream politicians like Hillary Clinton joined in and New York Attorney General Eric T. Schneiderman launched an investigation.  In March 2016, attorneys general from 18 jurisdictions announced they are now part of his effort. In September 2016, the Wall Street Journal reported that AG Schneiderman had changed his aim and is now looking more closely at how Exxon values its assets.  The federal government has also launched a similar effort.

In addition to climate questions, the government wants to know if Exxon is hiding the damage it has suffered from low oil prices.  As our proprietary data shows, frac jobs decreased 50% from Q42015 to Q12015, and that foretold a corresponding drop in production and cash flow.  ONE THING TO NOTE IS THAT PRIMARY VISION’S DATA FOCUSES ON NORTH AMERICAN FRAC’ING AND THE MAJORITY OF EXXON’S BUSINESS IS INTERNATIONAL/OFFSHORE. 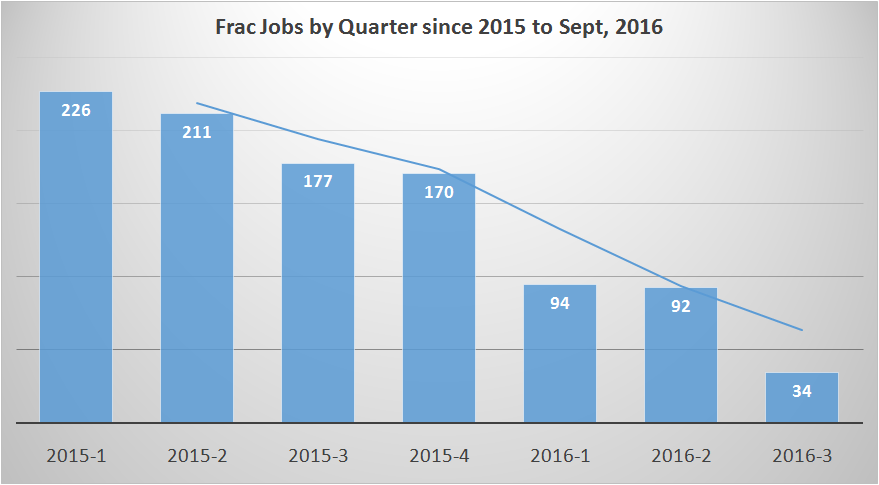 First off, ExxonMobil is a pillar of American industry that traces its lineage back to the Standard Oil Trust that dominated world oil markets in the late 1800s.  The company has survived a lot of legal issues in its past, and when crude markets rebalance (or if OPEC is able to boost oil prices) then Exxon’s troubles may disappear.
This particular controversy has to do with the process executives use to sign off on calling reserves “proven” after reviewing data from engineers, geophysicists, and geologists.  Dropping oil prices and costly regulations reduce the value of these “proven” resources.  Most companies will write down that lost value, but write-downs reduce profits.  Exxon is notorious for refusing write-downs.  Exxon CEO Rex Tillerson sees this aversion as a good part of the company’s culture.  He says it avoids write-downs by placing a high burden on executives to ensure that projects can work at low prices.  Those executives will not be “bailed out” by having their projects written down in a bad market.

One thing that helps make this strategy viable for Exxon is that its operations are heavily centered in areas that continue to be economic at current prices.  In particular, this means the Permian Basin in Texas, and through it subsidiary XTO Energy the company also reaches the Williston Basin in North Dakota.  Our data shows these to be the most popular locations for frac jobs in recent years. 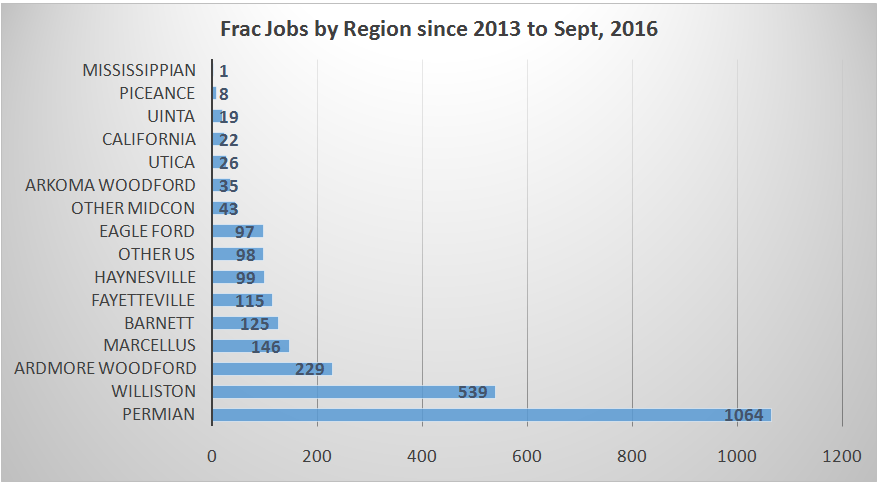 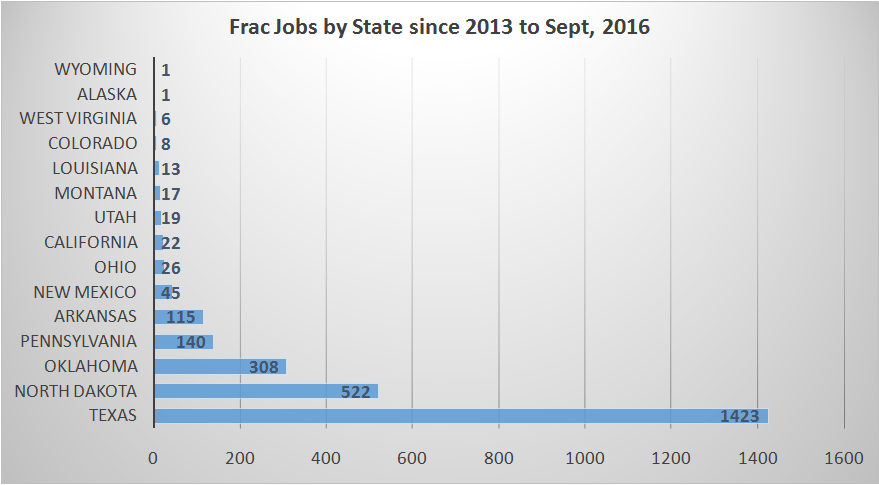 The flip side here is that Exxon could be seen as lying about the cost of climate or its losses associated with low oil prices.  The company has outperformed many of its rivals since oil prices began to drop in 2014, but it has lost money in its U.S. drilling business for the past six quarters.  By failing to admit that their reserves had lost value, Exxon was able to report higher earnings than rivals that made significant write-downs.  Some may say the company inflated its earnings to boost its stock price.

Exxon is now facing two different investigations with overlapping aims.  First, New York AG Schneiderman and his coalition are pursuing allegations of fraud related to climate change.  AG Schneiderman also appears to be independently reviewing Exxon’s practices related to writing down assets and accounting for the cost of climate change.  Second, the U.S. Securities and Exchange Commission has now opened up an inquiry into the same issues of write-downs and climate accounting.

Exxon has been on the attack against AG Schneiderman and what the company views as a politically-motivated attack, but Exxon has said the SEC is the “appropriate entity” to look into these matters.  Exxon is proud of its practices and it will likely hold up against government scrutiny as it has for decades.  History suggests commodity prices will rise again, and when they do Exxon’s troubles will seem minor.  Moreover, these investigations were just a chink in Exxon’s armor.  Stock prices took only a small dip after the SEC investigation was announced, and analysts like The Street Ratings still consider the stock a “hold” as the company is in a solid financial position despite weak cash flow and poor profit margins.