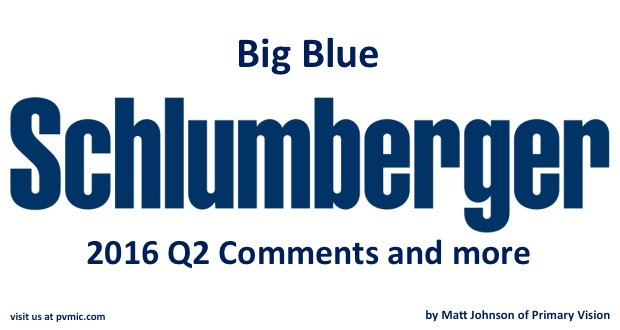 Last week we covered Halliburton’s (HAL: $43.21) Q2 results and we’ll follow up this week with a similar look into Schlumberger’s (SLB: $81.16) second quarter.

Primary visions database is hyper-focused on frac data, so its important to note that while our comments are about their entire Q2 results our data features SLB’s U.S. pressure pumping activities.

The Good – SLB approved dividends of .50c per share and maintains a positive outlook that we’re at the bottom of a downward cycle.  SLB is the worlds largest oilfield service provider, however they are the second most prolific pressure pumper in the U.S. when analyzing active spreads and total frac jobs. CapEx is expected to stay unchanged at $2.2b. SLB has been aggressive in keeping its margins stable vs. the competition and continues to renegotiate long-term contracts that aren’t financially viable.  Asking never hurts.

TOTAL NUMBER OF FRAC JOBS – In 2015, SLB firmly held 3rd position with over 1,300 frac jobs. So far in 2016 they have moved up a spot to #2.  See this chart below that highlights SLBs total frac jobs in the last five quarters. 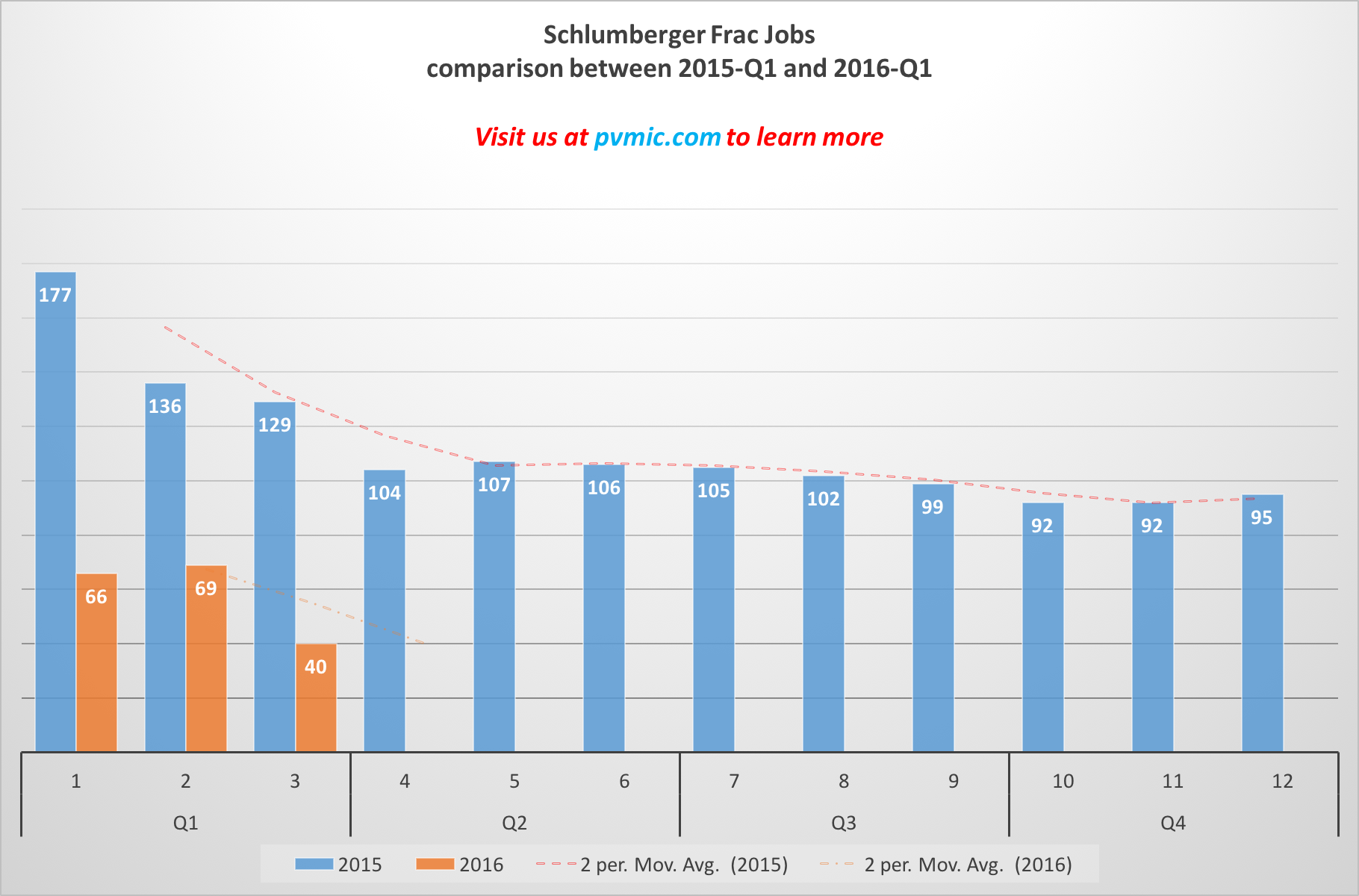 The Bad – SLB suffered Year over Year declines in revenue and net income as the demand for pressure pumping activities contracted.  They suffered impairments of almost $2b and restructuring charges totaling $646mm.

The Ugly – SLB continued to reduce their workforce by 16,000 people through the first half of 2016 which is a total reduction of 40% since 2014. SLB is on pace to have its lowest year of revenues in the last six years.

The two charts below highlight SLB’s frac jobs and spreads, which are great activity metrics. 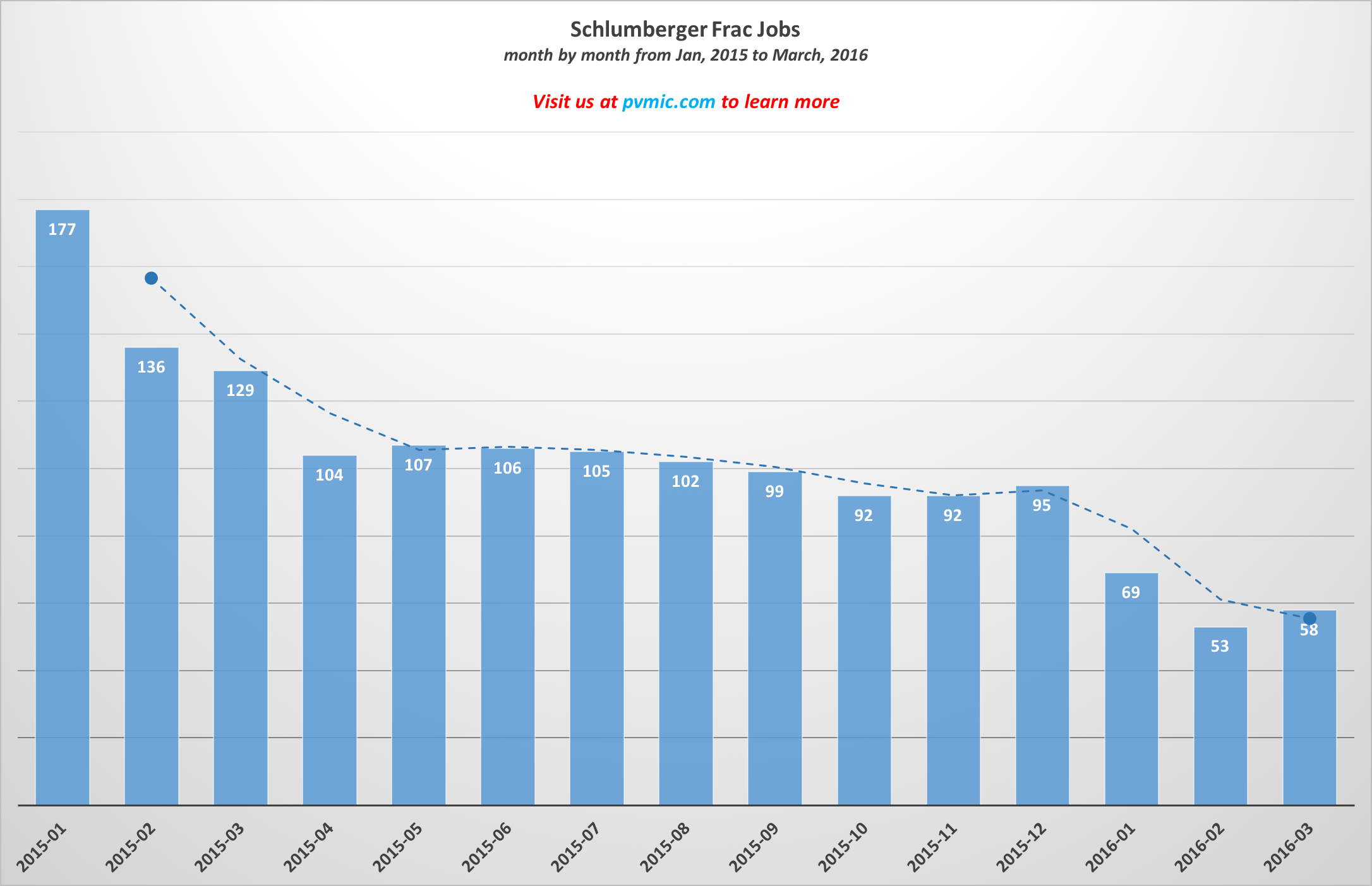 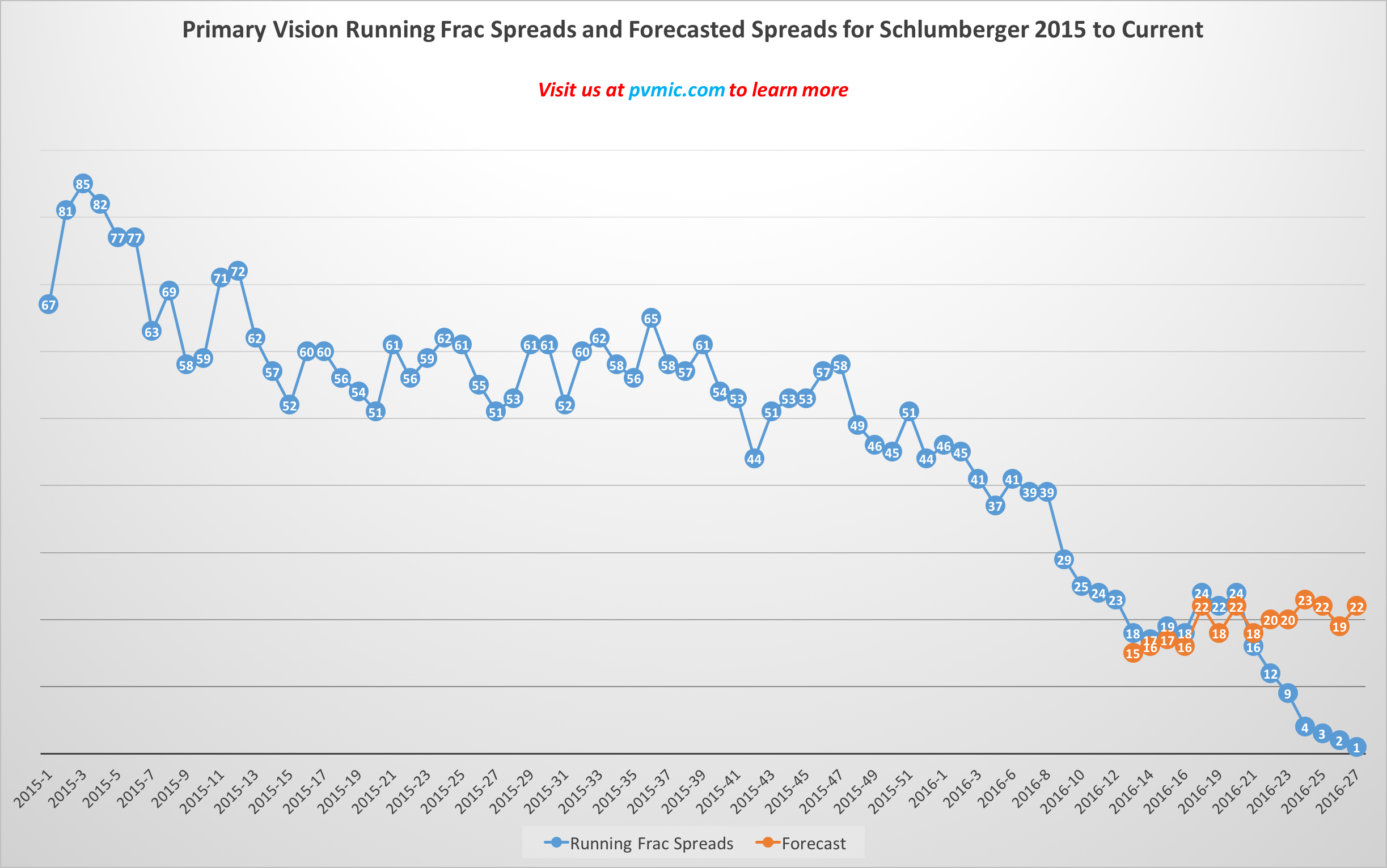 SLB merged with a powerful ally in oil and gas equipment manufacturing last year in Cameron.  The realization of this sale was completed in the second quarter of 2016.  Cameron “is a leading provider of flow equipment products, systems and services” to oil and gas and will help move SLB into the next generation of completion and production services.  Cameron already had a strategic alliance with SLB and looks to strengthen that bond to SLBs core business as the companies integrate with one another through the rest of 2016.

Baker Hughes (BHI: $44.07) results are expected this Thursday and will be featured in our next blog.

← The Big Red Mothership: Halliburton 2016 Q2 Comments and more
The End is the Beginning for Baker Hughes →