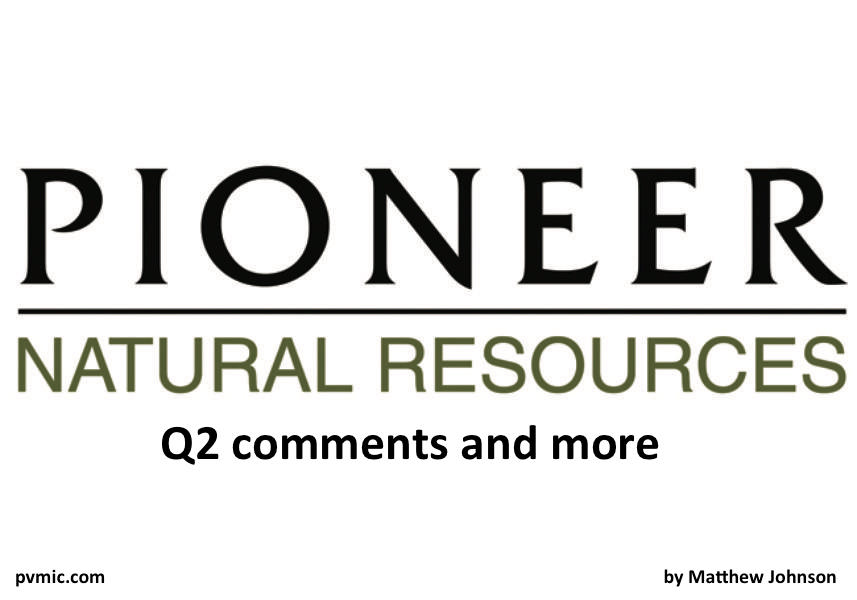 Recently, we reviewed some pressure pumpers and even took a stab at Eog Resources (EOG: $91), often called the Apple ($108.27) of U.S. shale.  If Eog Resources is the Apple of U.S. Shale then is Pioneer (PXD: $224) the Uber-equivalent?  Their CEO, Scott Sheffield, stated last week that their operating costs in the Permian Basin were close to $2 per BOE. Some have disputed this by looking deeper into their financials.  Let’s take a look at what we’re good at which is frac jobs and frac spreads. 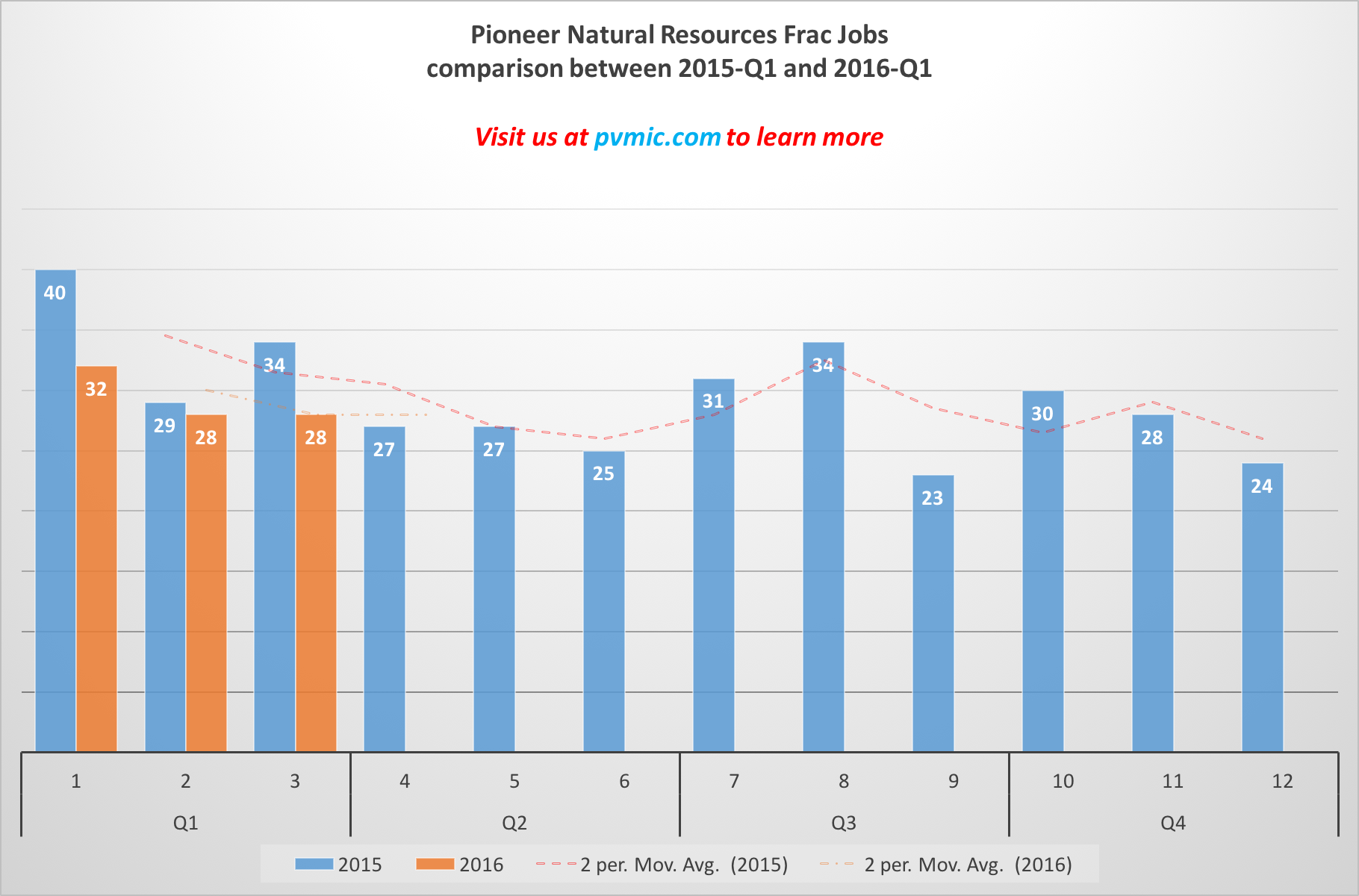 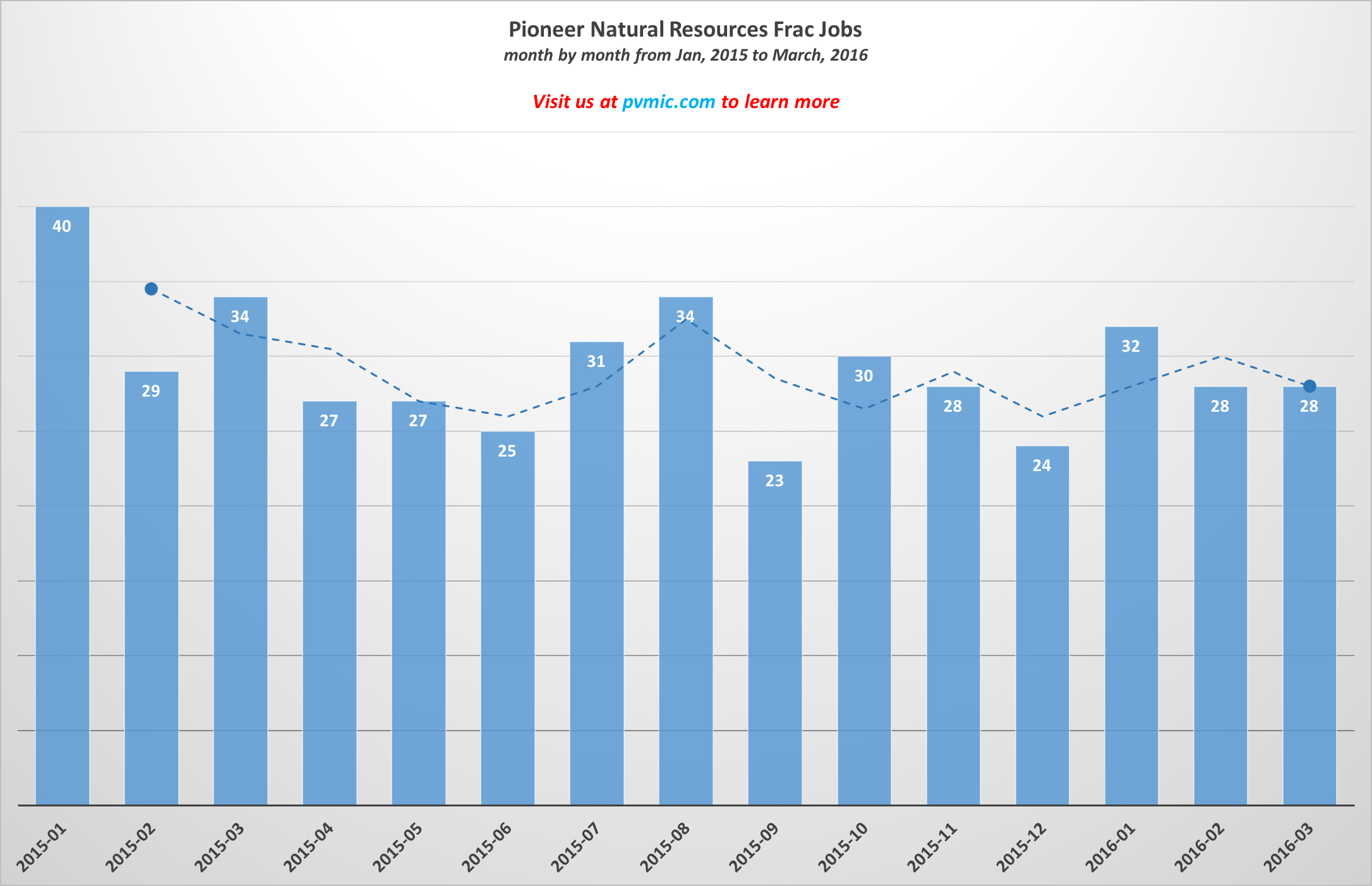 Here’s their top ten frac jobs by county since January of 2015: 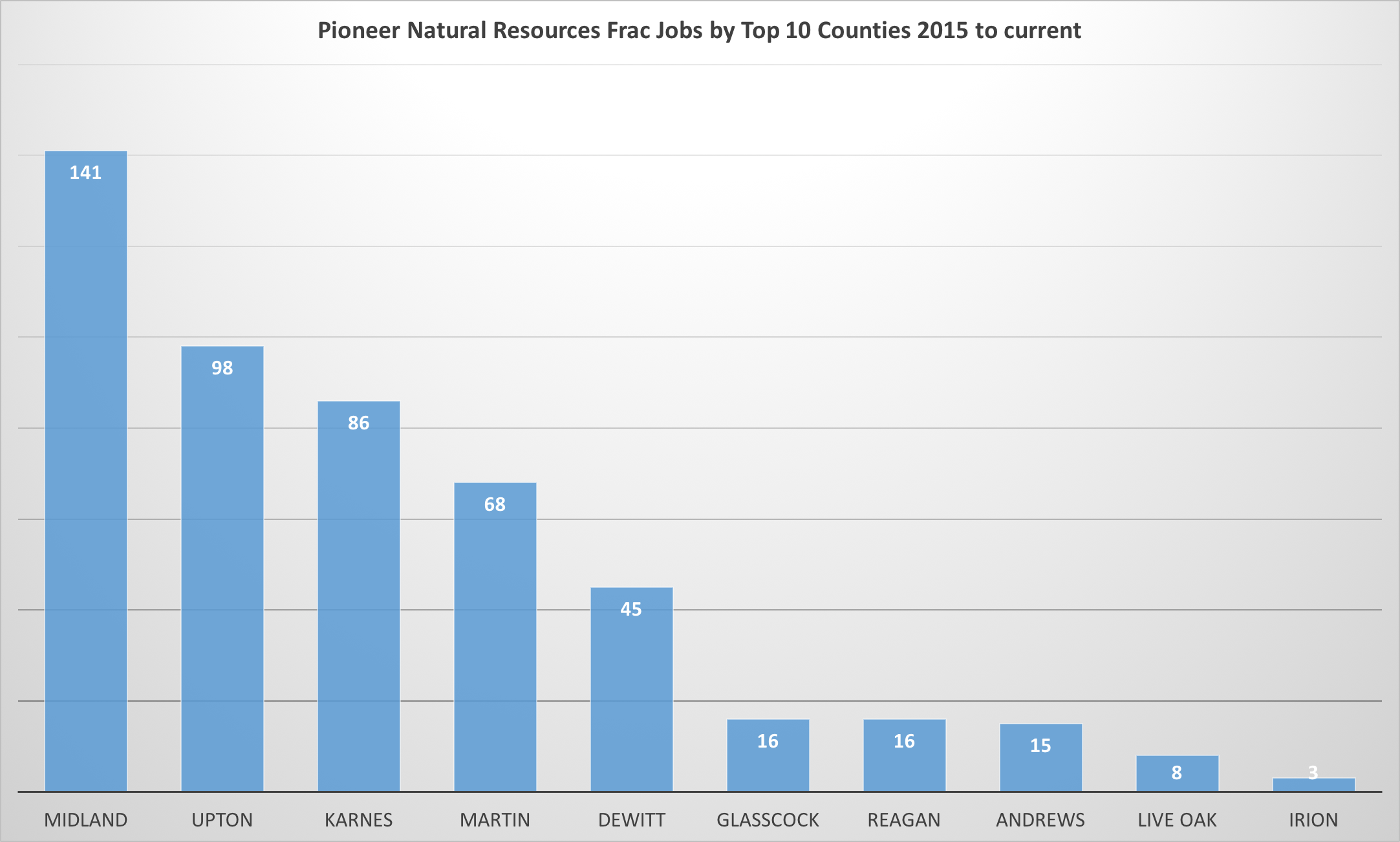 Pioneer has been a technological leader in many aspects of frac’ing including well selection, pressure pumping  and refrac’ing.  The inclusion of their own pressure pumping team gives them a logistical and financial advantage over 90% of E&Ps in the United States.  Even if their CEO is exaggerating, it appears as their operational costs have shined a light on investors (their stock is up 40% since January of this year) and other shale companies that the impossible is, in fact, possible.  If OPEC’s goal was to knock U.S. shale offline they may have won some battles, but companies like pxd are tenacious.  The war is far from over.

← Does #Exxon Know The Value of Its Assets?EOG is white hot! →