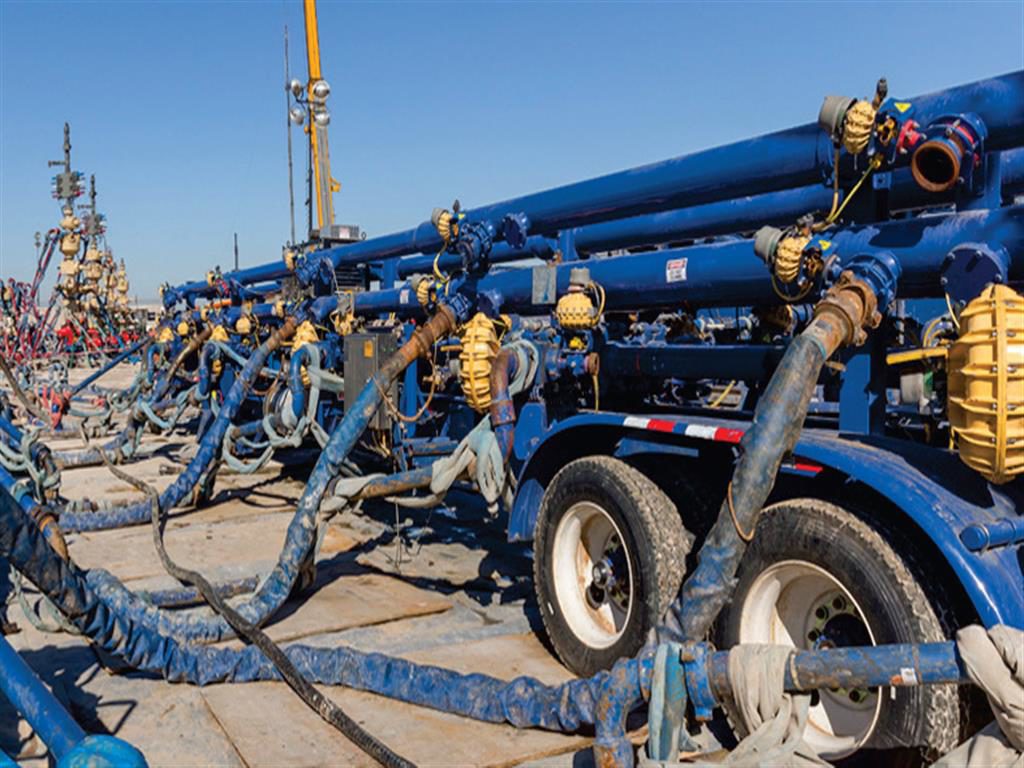 Where do we stand in U.S. Shale? – Week before Thanksgiving 2019

U.S activity is experiencing another step-down in activity as more completion crews and rigs are released. The issues are compounding on a global level as oil demand falls amid struggling crack spreads and a struggling economy. I don’t need to reiterate this again, as any previous reader knows I have been highlighting the weak demand environment. The softness in realized prices is putting more pressure on North American energy companies with activity dropping in every basin. E&Ps have also started to delay their filing of completed wells, but our way around that is by watching freight and proppant data. This is combined with weekly EIA information, and shipping data collected daily to understand the flow of oil and refined product.

The frac spread count is projected to fall again this week, and will be printing something closer to 330 on a national level by the end of November. The Permian, DJ, and Eagle Ford will experience the biggest roll over in activity as we head into 2020. The 345 active crews reported on 11/15/2019 is a 52-week low, but will accelerate over the next few weeks and will exit 2019 at a number closer to 300 on a national level- with another 15 crews coming from the Permian. The below chart helps to put into perspective the decline by comparing three years of data, with the following seasonality charts showing how things have changed over the last 5 years.

The shifting oil markets will make for a very interesting OPEC+ meeting as investor capital has dried up for E&Ps, oilfield service, and midstream companies. The U.S. has grown at a rapid pace for the last 5 years, and I am predicting a slowdown in U.S. production looking at exit 2019 to exit 2020. The average production levels from 2019 to 2020 will go from about 12.2M barrels per day to 12.6M barrels a day (a 400k barrel a day increase), but the move into 2021 will see production from the U.S. slowing. OPEC+ can “speed up” the downfall by not adjusting the current agreement, which will send WTI to $47 as new non-OPEC production comes online further oversupplying the world. Saudi Aramco is now talking peak oil demand, and has taken action to move further down the hydrocarbon value chain in order to protect margin. This integrated strategy will help stabilize growth as stagnate crude prices are likely to remain for the next several years driven by structural and cyclical changes in the market.

The frac spread count is only one metric, which is still the most important one, but by also evaluating proppant loadings into areas helps to identify the speed of completions. The below charts highlight how proppant loading into the Permian and Eagle Ford are at 5 year lows. This comes back to- how can completion crew activity also not be at a 5 year low? There are some simple answers, and others that get more complex and takes a deeper dive into the data. The easy first:

It is most likely a weighting of all three that is creating the skew in the data, unless there has been a huge shift in the way companies are completing wells. I can say with confidence- there isn’t any less proppant going down a well than previously. It can vary well by well based on source rock and pad setup, but the below kind of drop off would mean loadings dropped by over half per well- which just wouldn’t happen. The more complex answer is a lag in the data being reported to the state agencies (which technically isn’t allowed) that creates a problem for monitoring completions. This is an interesting issue that we cover in great depth through a different report.

While rigs are released at an accelerating rate, the question turns to the drilled but uncompleted wells (DUCs) in the market. How many of them are viable at this price deck? Will some of them never be completed because they were drilled poorly? How many are related to the infill program that has failed to work and will be abandoned? There is always a natural DUC rate given the lag between drilling and completion, and the fall in rig counts- at a faster pace vs completion crews- will close that gap. The problem is- many of these numbers are overstated- and filled with wells that don’t make economic sense in the current environment. The majority of the cost in a well is at the completion stage, so as pricing is depressed across all three streams- the economics won’t work. As E&Ps focus on reducing costs and living within cash-flow, the ability to produce wells at a loss will be hard to finance. Some wells won’t work as they are old (2016 or older) and didn’t place the well properly limiting total recoveries, or were done under a drilling program that has proven ineffective- parent/child relationship. The below chart helps to highlight how the process of completing DUCs has accelerated, but will slow as we go through 2020 as the best wells are completed and brought online.

The cyclical data remains a core concern across the board with little to show a sign of improving. Some data points have stabilized, but only after more aggressive central bank action. This has currently stemmed the slide in the equity world, but even if you don’t read a single word of the next section and instead just look at the charts… you will get the point quickly. Refiners in Asia (specifically Singapore) have been hit by negative margins as China and India pump out more product overwhelming the area. The new flow of product has shifted the movement of refined goods and is impacting margins, which will create economic run cuts in other areas. This all leads to a decline in crude runs limiting overall demand. The 2020 crude oil demand story has been highlighted by the IEA and OPEC, but the severity of the industrial/manufacturing slowdown still isn’t fully appreciated. The new capacity coming online and no additional cuts from OPEC+ is set to push WTI below $50. I was on Bloomberg TV 11/19 reiterating the impossible nature of a China/US trade deal, and now with Congress passing the HK Human Rights Bill- a trade deal seems even less likely.

IF YOU’D LIKE TO GET THE LONGER VERSION HERE, PLEASE EMAIL MATT JOHNSON: mjohnson@pvmic.com  THIS CONTINUES THE STORY INTERNATIONALLY.