In a recent activity, the natural gas producer Southwestern Energy (SWN) forged a deal with Flywheel Energy, LLC (founded last year with the backing of Kayne Private Energy Income Funds) to sell off its Fayetteville Shale E&P and related midstream gathering assets for $1.865 billion in cash. SWN’s assets in the region include approximately 915,000 net acres, 4033 production wells, 3.7 Tcf of reserves, anticipated 2019 production of 225 to 230 Bcf and midstream gathering infrastructure and compression. In addition to the deal, Flywheel Energy will assume approximately $438 million of future contractual liabilities of SWN. The aforementioned deal is expected to close in December 2018.

SWN founded in Arkansas (aka Fayetteville) sold off its native state assets shouldn’t come as surprise to anyone. SWN’s own share has fallen from $39 in 2014 to $5 in 2018. As per a statement made by SWN’s President and CEO, Bill Way, the company will now focus more on its higher margin Southwest and Northeast Appalachia assets. They invested over $600 million in the next two years to further develop their liquid-rich Appalachia assets and will accelerate the path to self-funding. 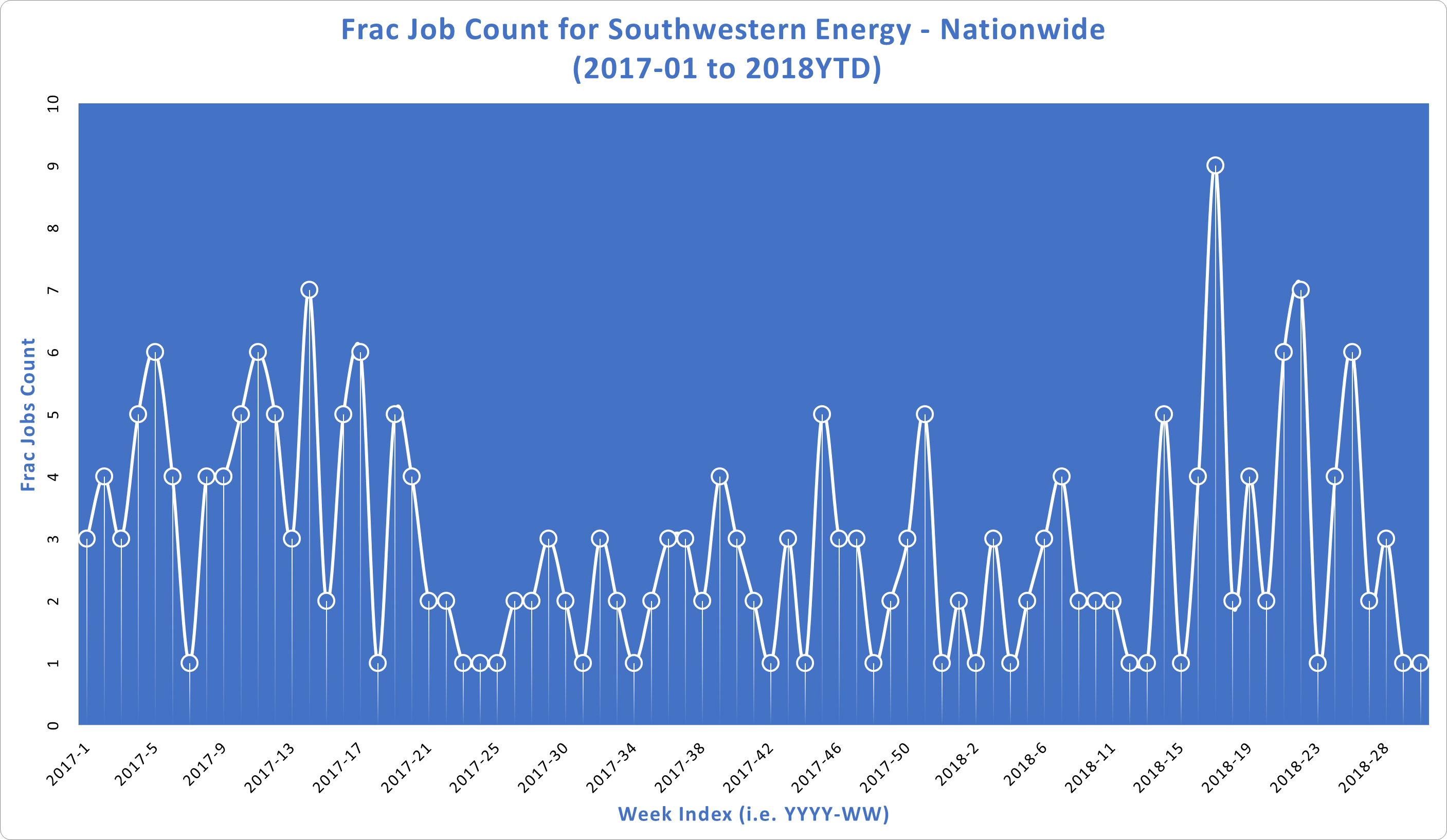 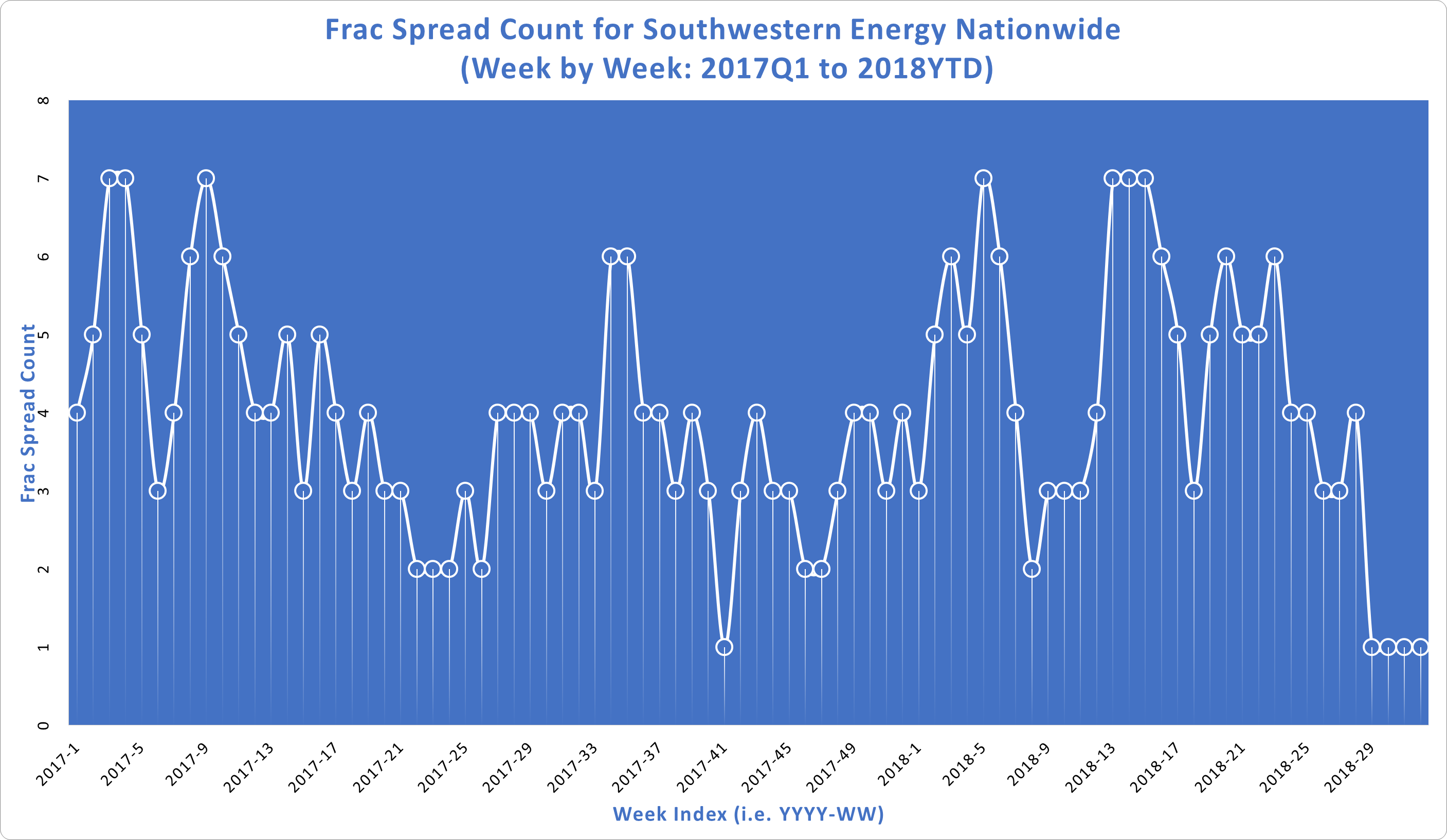 We also released a new report on fracspreadcount.com that highlights prolific operators, pumpers by proppants, spreads and completions.  Order it today!

← Its Official: The Permian is Getting CrushedBitcoin vs. Crude: The First Act →