The End is the Beginning for Baker Hughes 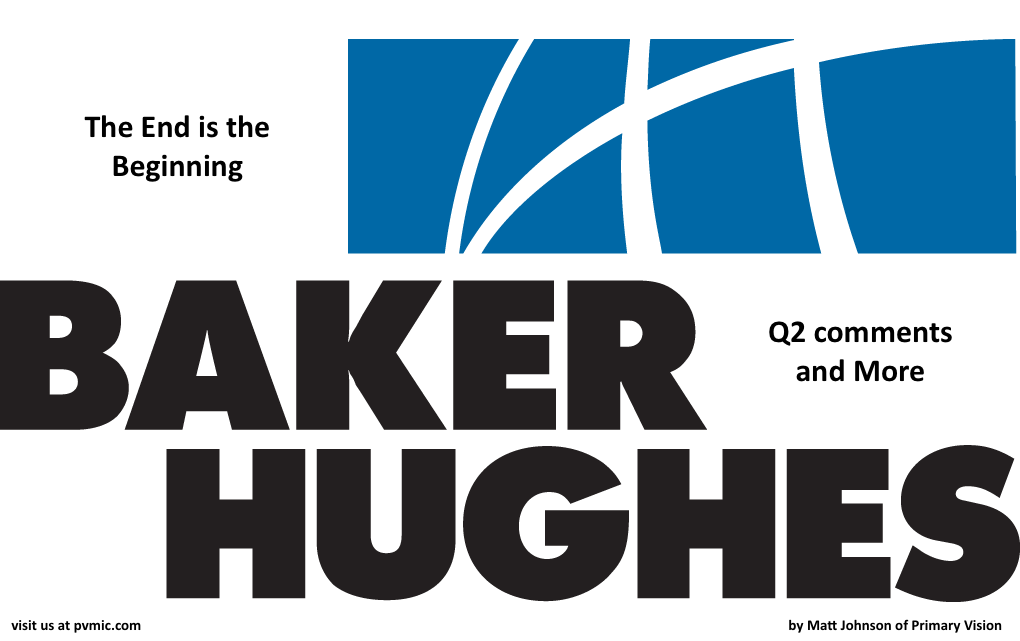 The Good: As a result of the $3.5b breakup fee paid by HAL, BHI has already earmarked a 1.5b share buyback program and $1b in debt repayments. Due to recent job cuts and other internal restructuring they’re expecting their margins to improve throughout the rest of 2016.

Water Volume – BHI was #3 in water usage in 2013 and 2014.  They slipped to #4 in 2015 and round out 5th place, so far, in 2016. Just an fyi: The running order of water usage from 2013 to current (from 1st to 5th place): HAL, SLB, FTS International, Pioneer Natural Resources (PXD: $157.54) & BHI (this water usage list only has Pressure pumpers, and while PXD is known as an operator they’re also vertically integrated with their own frac spreads which enables them to control costs on a whole other level.  Read here to learn more).

Total Number of Frac Jobs: In 2015, BHI held second place with 1,643 frac jobs.  Through one quarter of data they’ve slipped to 3rd place.  In 2016, HAL holds on to first place, one can only wonder if BHI will ever re-gain enough market share to move back to #2. See the charts below that highlights BHIs frac jobs over the last 5 quarters. 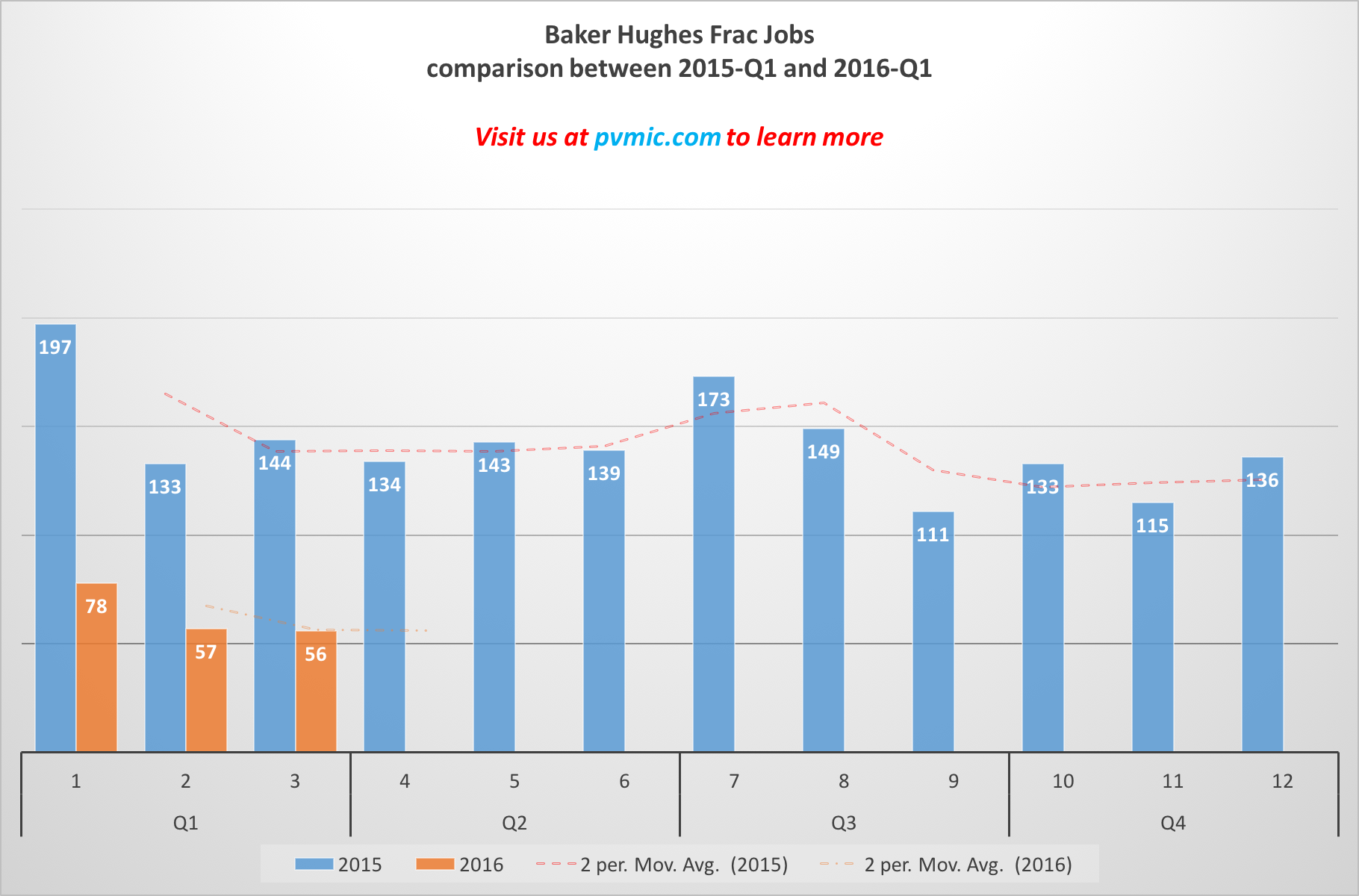 The Bad: While the merger breakup resulted in a $3.5b payout from HAL, BHI lost crucial market share in the oilfield services space.  Revenue fell 39% to $2.3b and BHI failed to cut costs in line with their competitors.

The Ugly: BHI has laid off ~23,000 people since the beginning of 2015.  One might wonder who really suffered as a result of the failed merger.

We took a deeper look into our database of frac jobs (~120k jobs in the U.S. over the last 6 years) to Show both the Frac jobs and Frac Spreads for Baker Hughes. 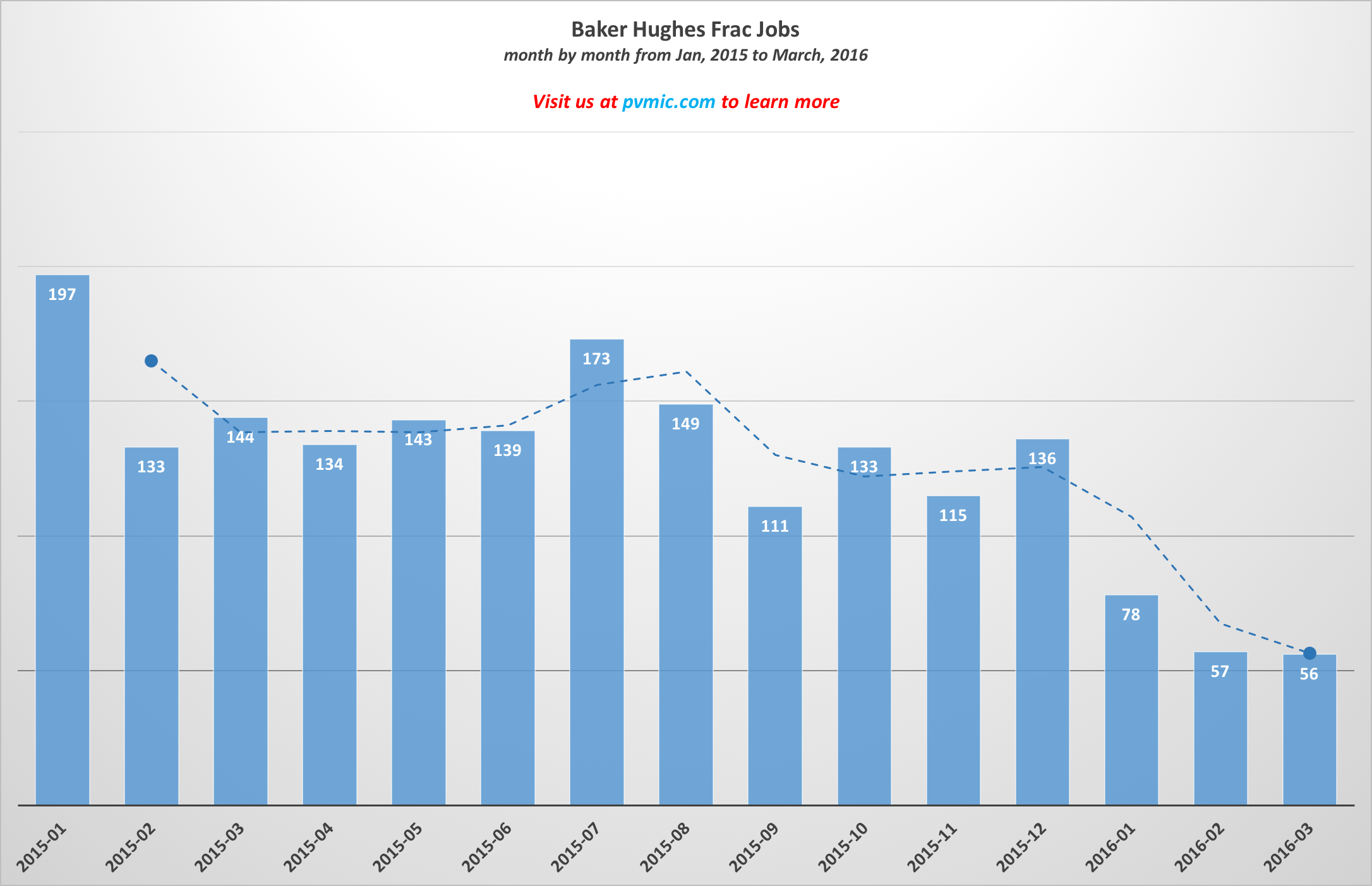 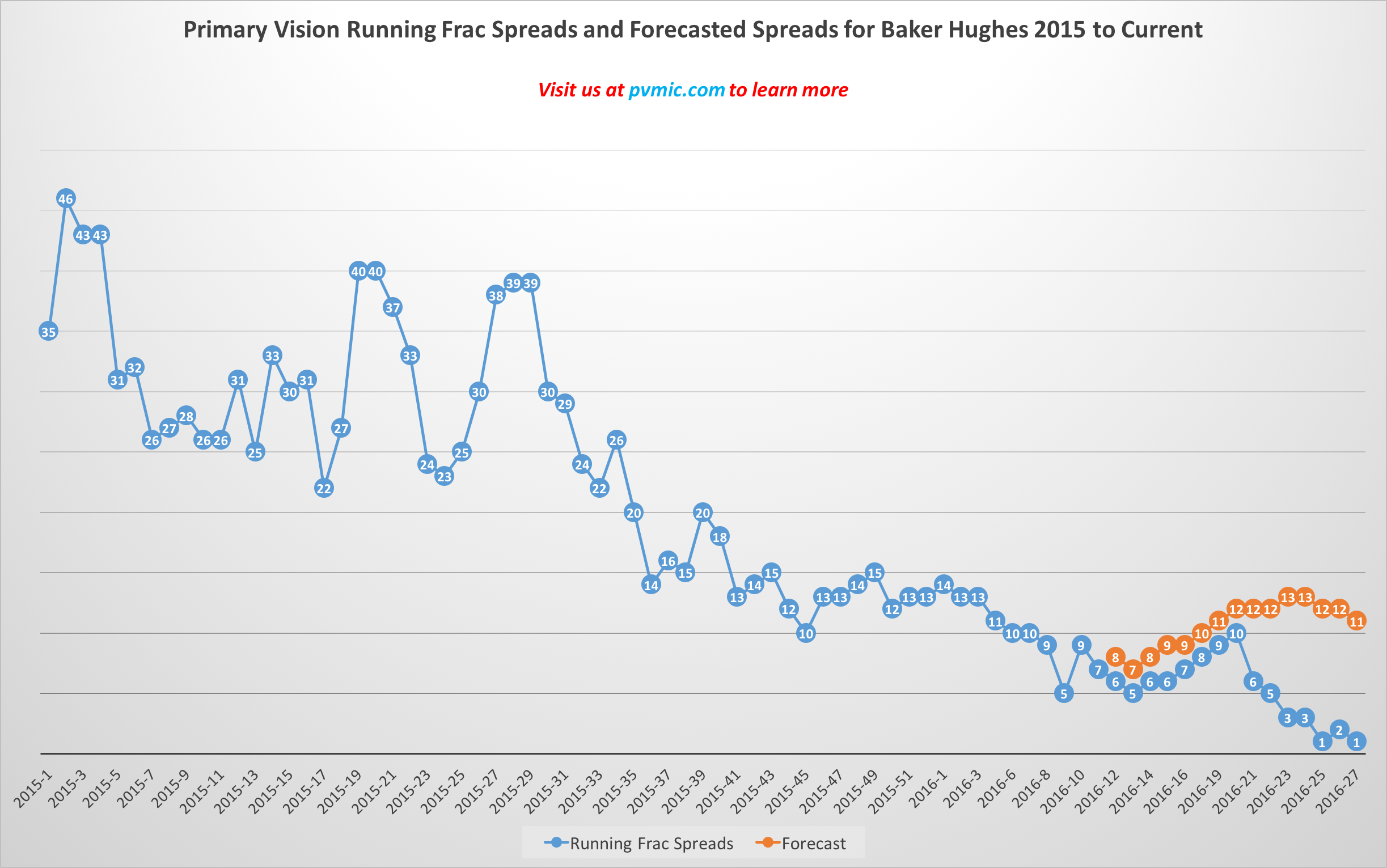 BHI thinks sustainable crude pricing in the $60 range is needed for operators to increase pumping activities in North America. When speaking about near-term opportunity, BHI is looking to take advantage of the 5,000 uncompleted wells nationwide. Even with the negative outlook in 2016, CEO Martin Craighead said “We are well positioned for opportunities today and when (the) market begins to recover.

Their CEO isn’t being passive either as they plan to release a host of new products focused on technology and uplift to bolser their bottom line in the second half of 2016.

It will be really interesting to follow their next few quarters as they streamline and try to re-grab the market share they lost.